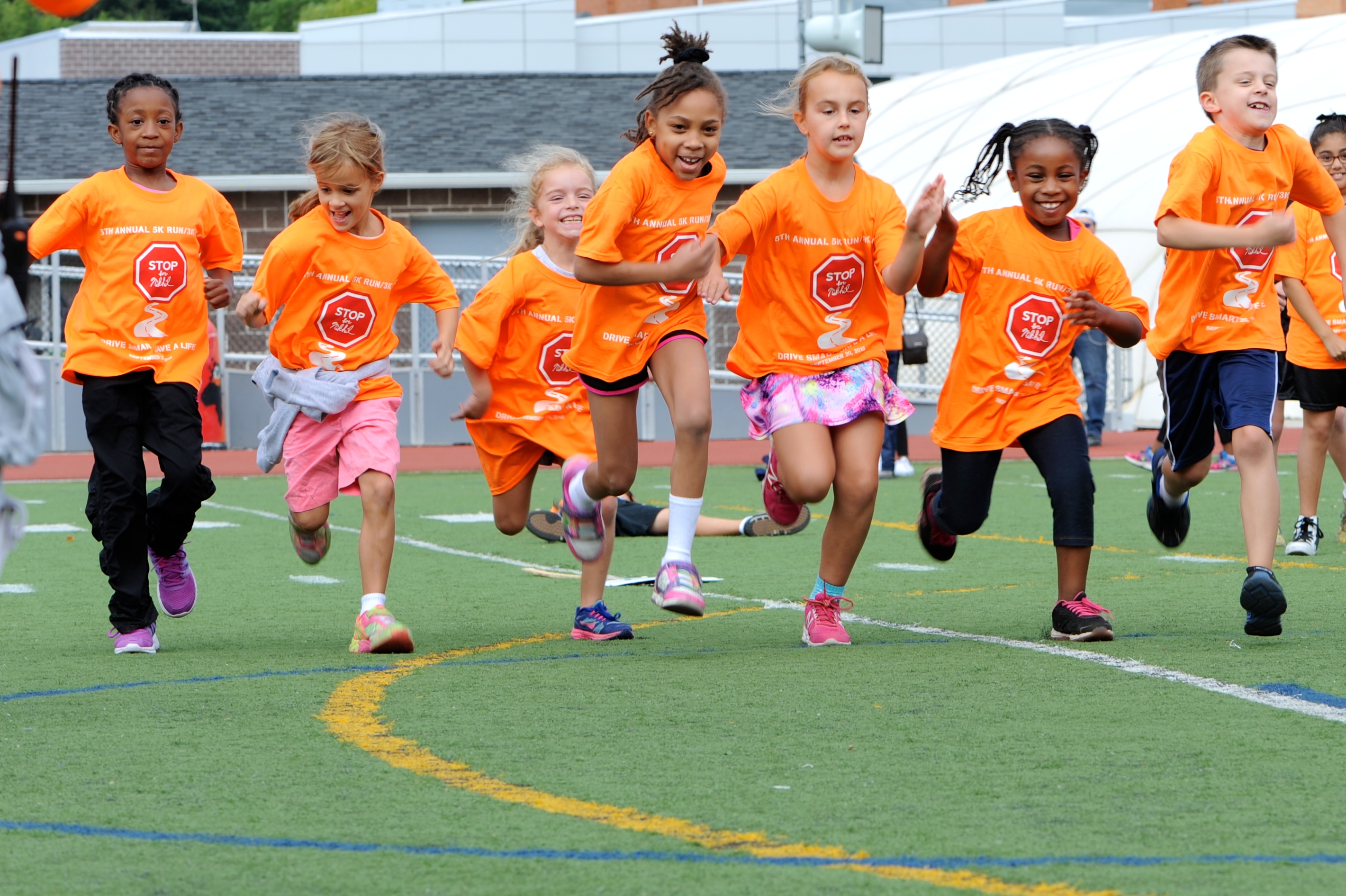 WEST ORANGE, NJ — Residents gathered at West Orange High School’s Suriano Stadium on Sunday, Sept. 16, for the eighth annual STOP for Nikhil 5K Run and 3K Walk put on by the Nikhil Badlani Foundation to honor Nikhil Badlani, a West Orange middle school student who died in a car crash in 2011, when a driver failed to stop at a stop sign in South Orange. Money raised through the event is allocated to the nonprofit’s music program, scholarships for graduating high school seniors and work with local and state authorities to improve traffic safety awareness.

Sangeeta Badlani, the foundation’s president and Nikhil’s mother, said the event raised $48,000 and counting — donations are still being counted and are open for another week. With 800 people at the field and approximately 250 running around the track and through West Orange, Badlani said the event has helped the foundation achieve some of its goals.

“This year has been wonderful,” she said in an interview with the West Orange Chronicle at the event. “There’s been a really good turnout and good weather, and we’re still hoping to hit our target of $50,000.”

Though he didn’t know Nikhil personally, Mayor Robert Parisi said he has been affected by the child and his namesake foundation’s work during the last eight years. The foundation was founded and is administered by Nikhil’s parents, Sangeeta and Sunil Badlani.

“It’s great to see all of the lives who have been enriched,” Parisi said just prior to the starting gun. “I didn’t know Nikhil personally, but I have been touched by his legacy and the work his family has done. I thank Sangeeta and Sunil for that.”

Parisi introduced Essex County Executive Joseph N. DiVincenzo Jr., who was at the event to kick off the race. Parisi highlighted the cooperation and partnership with West Orange that DiVincenzo and the county administrators have worked to build.

“We have eight different organizations that we help with traffic safety and awareness,” DiVincenzo said in thanking the foundation for the work it has done to make Essex County roads safer. “But I have to thank Sangeeta today. She works very hard to make sure we remember her son, but she also works very hard to keep everyone safe.”

Just down the street at the corner of Alisa Drive and Pleasant Valley Way stands an example of the collaboration between the town, county and West Orange Board of Education, where a traffic light was recently installed, allowing drivers to make a left turn off the street. The Nikhil Badlani Foundation and West Orange Pedestrian Safety Advisory Board had long advocated for the traffic signal at that intersection.

“One thing that we saw happen this year was a project we have been talking about for years,” Sangeeta Badlani said. “Young drivers park there and we knew it could be a disaster. We started this to honor Nikhil, but it’s not just about Nikhil. It’s about all the people who have died in traffic accidents. We’ve been able to achieve all of this because of that support.”

Sangeeta Badlani said that the foundation has also reached other milestones within the last year. The foundation has partnered with New Jersey Transit to write traffic safety PSAs, had installed 21 murals promoting street safety in the area and has reached $100,000 in scholarships awarded to 60 students at WOHS, Orange High School and Columbia High School.

Young people are of vital importance to the foundation, according to Sangeeta Badlani.

“It’s great to see the students involved,” she said. “And the more money we raise, the more people we can help.”