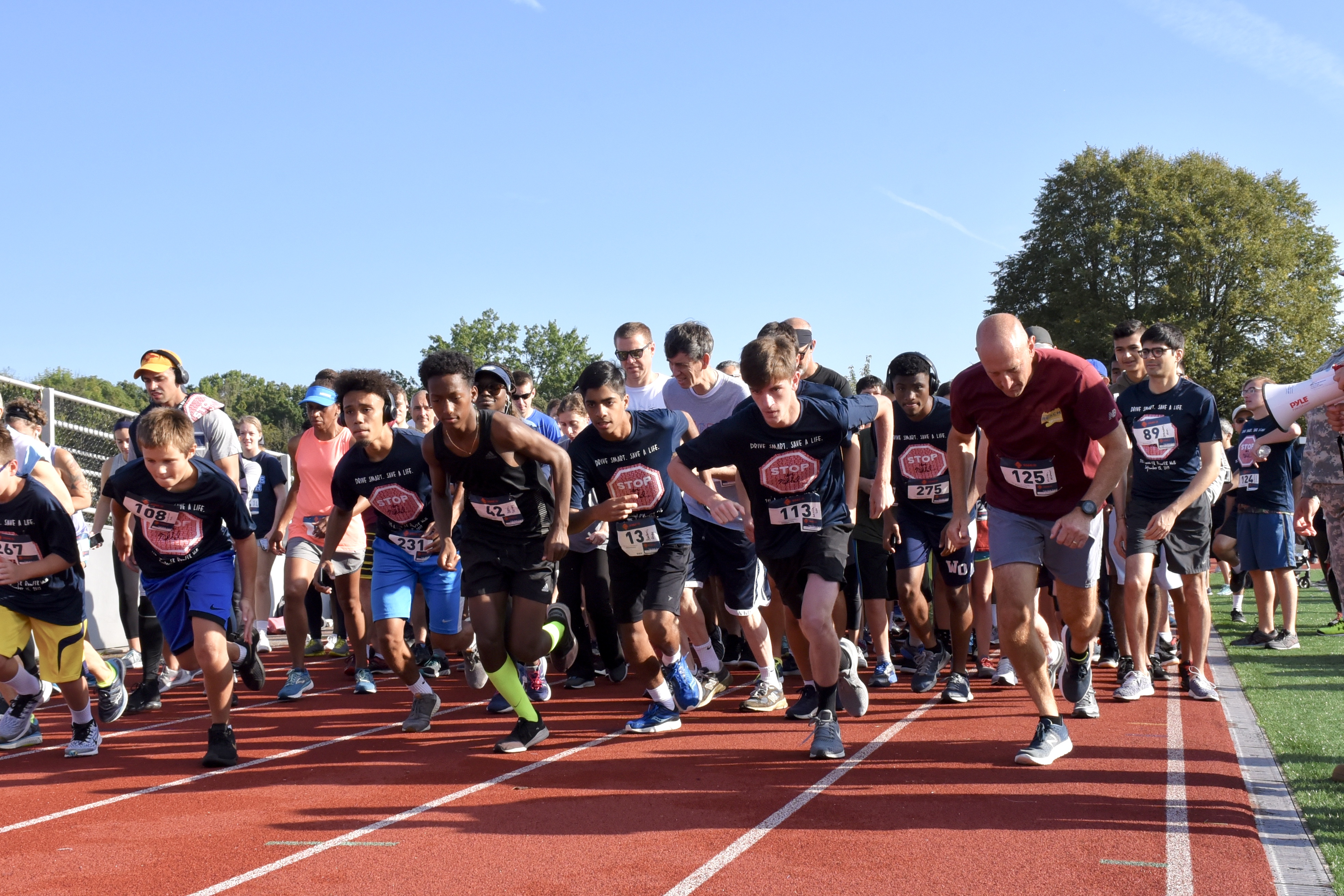 The 9th Annual STOP For Nikhil 5K Run/3K Walk to raise traffic safety awareness and to remember and honor those who have been killed or seriously injured in traffic crashes was held on Sunday, September 15, 2019. It was a beautiful day with clear skies with over 700 people in attendance and we raised over $50K!

The pre-ceremony began with a STOP For Nikhil cheer from the WO Mountaineer cheerleaders followed by an energetic Bollywood dance warm-up. Boys Scouts Troop 6 kicked off the ceremony with the Pledge of Allegiance, followed by an instrumental rendition of the Star Spangled Banner by the Music For Nikhil Group. West Orange Mayor Rob Parisi welcomed the participants and Jill Hirsch, District Director from Congresswoman Mikie Sherrill’s office, presented a Certificate of Honor to the Foundation. Mila Jasey, representing District 27, praised the Foundation for their traffic safety initiatives and contributions to the community.

The Nikhil Badlani Foundation Inspiration award went to the Burlington City High School students in recognition of their determination to create positive change and a legacy of increased safety in honor of Antwan L. Timbers, Jr. Antwan was a sophomore and an ROTC member at BCHS who was killed in May 2016, by a drunk driver while walking along Route 130. The BHCS students campaigned for “25 Saves Lives” and advocated for Antwan’s Law which was signed into effect in January 2019.

Run and walk participants got great exercise and throughout the morning there were fun activities for kids, games, face painting, a raffle, music, and food for the attendees.[/vc_column_text][/vc_column][/vc_row]