800 come together to ‘STOP for Nikhil’ 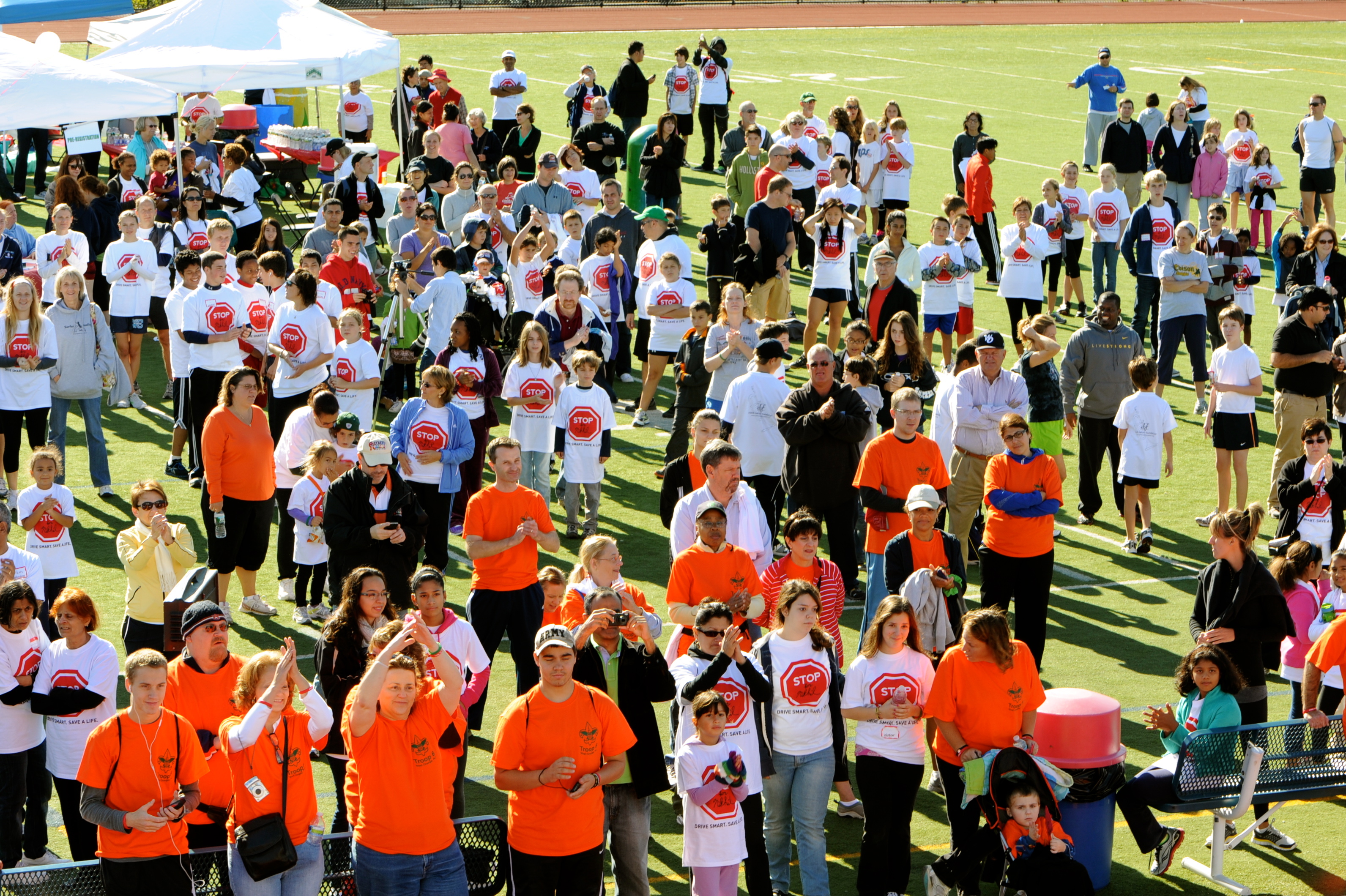 WEST ORANGE, NJ — Hundreds gathered to kick off the “STOP for Nikhil” on the track at West Orange High School’s Suriano Stadium on Sunday, Sept. 17. The 5K run and 3K walk was organized by the Nikhil Badlani Foundation for the seventh year in honor of Nikhil Badlani, a West Orange middle school student who died in a car accident in 2011, when a driver failed to stop at a stop sign in South Orange.

Money raised through the event goes to the foundation, which provides scholarships for graduating high school seniors, provides music lessons for students in town, and works with local and state authorities to improve traffic safety awareness.

The foundation’s president is Sangeeta Badlani, Nikhil’s mother. While there was no official fundraising goal, she and her husband, Sunil, said they were aiming for approximately $45,000, a number they reached with approximately 800 people attending the event.

“We have three different programs,” Sangeeta Badlani said. “And all the money goes back to these three programs.”

The race has grown to include members of many communities in Essex County, she said.

“I think what has happened now is that we’re seeing a lot of people now outside of West Orange and in other communities,” she told the West Orange Chronicle in an interview at the event. “And that’s the goal, is to have traffic safety awareness everywhere.”

One of the foundation’s programs is Music for Nikhil, inspired by Nikhil’s love for music and playing the trumpet. Instrumental and vocal lessons are provided to middle school and high school students in West Orange for free or a reduced cost, depending on students’ needs.

The nonprofit organization also holds traffic safety awareness workshops at schools in the area to promote driver education, and discusses the consequences of careless driving, provides access to driving simulators and creates artwork about traffic safety that is then displayed on NJ Transit buses and in train stations in Essex County. The foundation is currently working to pass “Nikhil’s Law,” which, per the foundation website, would “require the Commissioner of the Motor Vehicle Commission to expand the driver’s license examination to include a question asking whether the applicant is aware of the dangers of failing to follow NJ’s motor vehicle traffic laws and whether they are aware that they have the option to take the STOP for Nikhil Safety Pledge.” The bill has already been passed unanimously by the Assembly Law and Public Safety Committee and is now working its way through the state Assembly and Senate.”

The most important part of the day, according to Lisa Renwick, the event’s head organizer and a trustee on the foundation’s board, was the crowd learning about traffic safety and hearing from the keynote speaker, state Assemblyman John Wisniewski.

“I think educating was done so well today,” Renwick said in an interview with the West Orange Chronicle at the event. “Those stories are very impactful and until you are touched personally, you really don’t understand the impact. To me, to keep getting educated and creating that awareness is key.”

Wisniewski, who is the chairman of the Assembly Transportation Committee, spoke about what can be done in local and state government to change traffic laws and make the roads safer to prevent accidents from happening, especially for young drivers.

“One of the issues that I’ve been very passionate about is making sure that our drivers on the road are safe, and most importantly, making sure that our young drivers on the road are safe,” he said in his speech. “Those of us who have been around a little while have years of experience behind the wheel. Young drivers don’t, and it’s up to us to make sure they have instruction and role models to understand how to be safe drivers.”

Wisniewski added that when there is a need to create an organization like the Nikhil Badlani Foundation, lawmakers need to do more to prevent accidents from happening in the future.

“When we see the need to create a foundation like the Nikhil Badlani Foundation because of a car accident caused by a distracted driver, we know that government needs to do more,” he said. “We know that the Assembly and the Senate need to do more. That’s why I’m here, because traffic safety is important.”

“Maybe you think this could never happen to you but I’m here to tell you this could happen to anyone, no matter how careful you are,” Kottick said, speaking about how drivers should be aware at all times. “Ella was just in the wrong place at the wrong time.”

Kottick added that, since Families for Safe Streets was formed, the number of traffic accidents in New York has been in decline, and were the lowest ever recorded in 2016.

The theme of the day was not only fundraising, but making local drivers and residents aware of the traffic laws they should follow and efforts to improve them.

Wisniewski concluded his speech by saying that there should be no excuses for distracted and reckless driving.

“We have jobs, we have to get the kids to soccer and piano, we have to get home for dinner,” he said. “And that taxes us and makes us distracted. But that’s not an excuse. What we have to recognize is that it’s organizations like this and people like the council and the board of education and all of you that can make a difference to make our roads and our children and our families safer.”