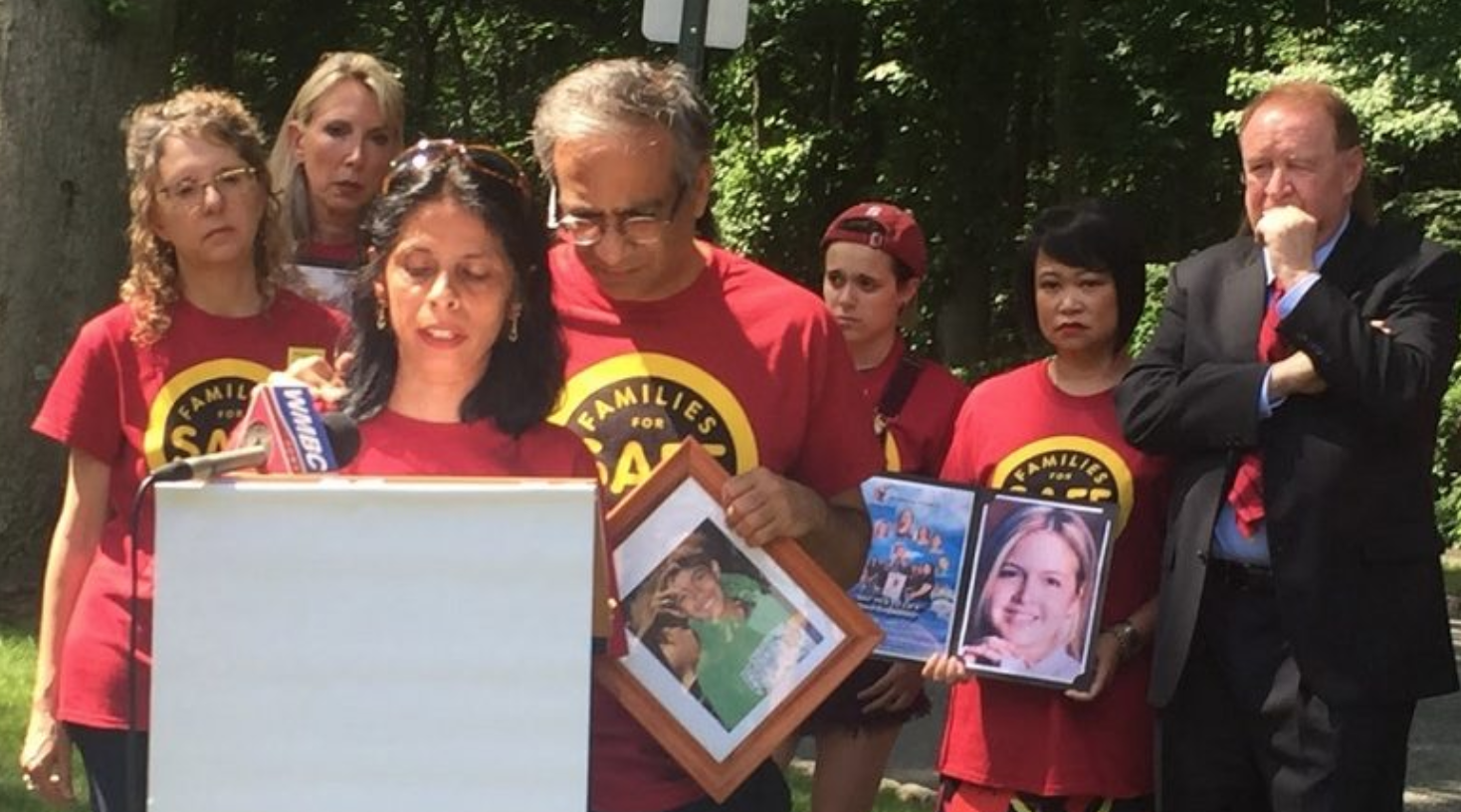 So far this year 264 people have been killed on New Jersey roads, 70 of which were pedestrians or people riding bikes.

If the past is any indicator of the future, that number is unfortunately going to increase in the next several weeks, because the “101 Days of Summer” are the most dangerous time of year on US roads. On average, 10 more people are killed each day between Memorial Day and Labor Day compared to the rest of the year.

We don’t have to accept this tragic state of affairs. And some people in New Jersey have decided they’re not going to.

At press conference in Millburn yesterday, state legislators, local elected officials and safety advocates gathered to support Sangeeta and Sunil Badlani for the launch of Families for Safe Streets New Jersey. The Badlanis, along with other families who have been impacted by traffic violence, have formed this New Jersey chapter (the first Families for Safe Streets group was founded by a group of families in New York City) to create a state where no traffic death is acceptable so that no other families suffer as they have.

FSSNJ plans to bring about an end to traffic deaths through not only education and enforcement, but also legislation and physical changes to New Jersey roads. The organization will also provide New Jersey residents who have lost loved ones, as well as those who have been injured in traffic crashes, support services and a way to channel their pain and grief into action.

The Badlanis have been a prominent voice in New Jersey when it comes to road safety. “Nikhil’s Law,” signed in August 2015, was named for their 11-year-old son who was killed by a driver who ran a stop sign on the South Orange/Maplewood border near South Mountain Reservation. “Nihkil’s Law” emphasizes to new drivers the importance of following the state’s motor vehicle traffic laws.